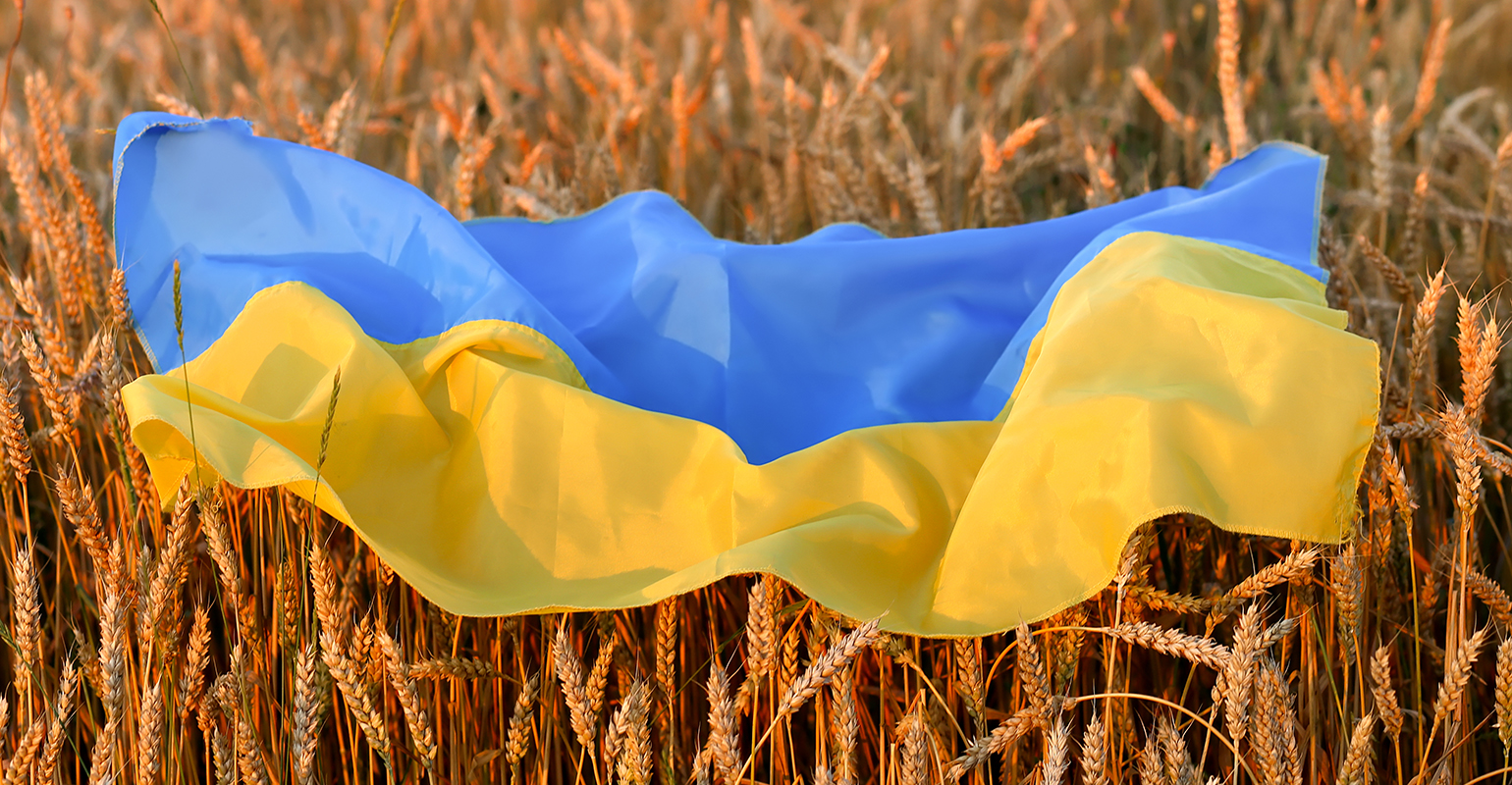 Russia has been relentless in its pursuit of Ukraine, but as the UN expressed its displeasure with Russia’s decision to go to war, it also declared a total ban on all Russian imports. Russia appears unconcerned about what would be considered one of the harshest economic consequences and sanctions a country could face, owing to the fact that it has been working on these plans for quite some time. While most people thought Russia’s war was rash, given how long the country has remained at war, every move Russia has made appears to have been calculated and meticulously planned out over time.

As a major player in the global economy, Russia reacted by prohibiting wheat and agricultural fertilizer exports to all countries except its ally, Belarus. Add to that China’s lockdown due to a Coronavirus outbreak, as well as China’s ban on food exports due to food scarcity, and you have a volatile global situation that shows no signs of abating. The cherry on top is a Chinese supply chain bottleneck, which should make you sit up and take notice.

As a result of the Russia-Ukraine war, Ukraine missed its sowing season, resulting in the country’s worst food crisis since World War II. Russia and Ukraine account for approximately 30% of global traded wheat and 12% of world’s total combined calories each day.

The rejection of trade with the rest of the world is a gut punch, but it appears to be the type of tactic Putin wants to use to bring nations to the table for talks in Russia’s favor. His war has resulted in port blockages, preventing supply chains from reaching Ukraine, which has long been known as Europe’s breadbasket.

As a result of the war, many businesses have fled Russia and Belarus. Maersk, the Danish shipping conglomerate that owns roughly 17% of the world’s container ships and operates 75 ports and terminals in 42 countries, has announced plans to close its offices in Russia and Belarus, as well as to cease commercial operations and interactions, by the summer of this year. To make matters worse, Russia is the largest exporter of fertilizer materials, followed by China.

Russia controls 40% of the world’s potash trade with its ally, Belarus.

Since the beginning of 2022, Nitrogen, ammonia, phosphates, nitrates, urea, and sulphates have all increased 30% in price.

Primary markets for Russian fertilizers include Brazil, India, China, Estonia, the United States, Mexico, Finland, Romania, Poland, and Latvia. Even smaller countries with significantly lower import volumes, such as South Africa, will feel the heat and price pressure. Farmers have already stated that they will use less fertilizer this year, which will have global consequences such as higher inflation and lower food yields.

The (UN) Food and Agriculture Organization predicts food prices will rise by 20% as a result of the war and the Chinese lockdown. This is a significant increase that has the potential to worsen global food insecurity. According to the World Food Program, 283 million people in 81 countries are facing a severe food shortage. 45 million people are on the verge of starvation. Food scarcity will disproportionately affect developing countries. India is one such example.

When the Ukraine war broke out, India was eager to export wheat to other countries for the first time in its history, but it fell short yesterday, as it began to impose an export ban on wheat exports due to a shortage caused by the Ukraine war and climate change, deepening and hastening the global food crisis. Similarly, as “food composition” changes dynamically, other countries will begin to take similar “nationalized” paths to ensure or replace their wheat composition first, leaving poorer countries behind while driving up overall food prices.

Many countries are effectively under significant pressure as the West cuts-off trade with Russia. Agricultural fertilizers are critical in food production; if there is insufficient fertilizer throughout the year, it will be impossible to produce a full harvest, resulting in food shortages in 2022. The developed world may not feel the heat immediately, but it will in the long run. Food inventories and prices will shift, and economic shock waves will ripple around the world, putting enormous strain on the farming community. China and Russia are the leading producers of three major fertilizer components, followed by Belarus, a Russian ally. The United States relies heavily on fertilizer imports, ranking second among the three major fertilizer components.

It’s a nice idea, but it’s a little too late.

Food prices have already begun to rise and will continue to rise unless Ukraine resumes wheat and fertilizer exports. Fertilizer prices have been rising since the beginning of the year, forcing farmers to use less fertilizer; however, if fertilizer supplies are not resumed, current fertilizer supplies will skyrocket even further once the world realizes how much more food it actually requires in 2022 to compensate for the Ukraine-Russian wheat deficit.

Last month, the price of anhydrous ammonia, a key corn fertilizer, reached a new high of $1,492 per ton. Prices for Nola urea, one of the most easily tracked fertiliser commodities, are priced at $630 per US ton – the price in 2020 was $182. Farmers have stated that they intend to use less fertilizer this year due to the rapid rise in prices, which will have unavoidable negative global ramifications.

Fertilizer price increases will eventually have to be passed on to the general public in the form of higher grocery prices.

To move food/goods across the continent, the world has relied on China and its highly functional supply chains. The Chinese lockdown, on the other hand, completely altered the situation. Global supply chains have come to a halt. Furthermore, we know that increases in freight fares will raise global food prices in the short and long run. China is in the midst of a storm that will undoubtedly have global ramifications. Wheat crops in China varied greatly between villages this year, causing significant uncertainty for the winter wheat harvest, which China now must deal with in addition to rising commodity prices.

Coronavirus lockdowns have slowed fertilizer arrival, affecting the wheat harvest. China has long been concerned about food security. At least 463,000 square miles of farmland are required, which is larger than the state of Texas. Rural villages are sometimes destroyed in order to meet the requirements. China is unlikely to contribute wheat to the global market anytime soon in such a climate.

In the event of an emergency, China does have a grain reserve. Some of this wheat, however, is of poor quality and should only be consumed by animals. The country is taking precautionary measures to facilitate mass testing as it deals with the Coronavirus, which has shut down 87 of the top 100 cities by GDP. This will undoubtedly disrupt farming essentials transportation and make farmer movement across its regions difficult. Local governments have increased their vigilance, speeding up planting preparations with fertilizer and seed preparations by 80% and 94%, respectively. However, logistical disruptions caused by road blockades in many areas may make timely movement and delivery of agricultural necessities from one region to another difficult.

The impact on China’s grain security will be limited for the time being, with enough grain to meet at least 76 percent of China’s wheat consumption this year. The imported grain sector, on the other hand, will suffer greatly. That much is certain: the country will not export wheat until it is able to feed its own citizens. Grain prices in China increased by 5% in March as a direct result of the Ukraine conflict.

Russia has effectively blockaded all of Ukraine’s ports, halting wheat transportation and exports, but it has also cut itself off from the West. There is little movement in its supply chains that connect it to the rest of the world.

China, on the other hand, has caused highways and ports to become congested, workers to abandon their stations, and factories to remain closed. Global supply chains are so interconnected that a disruption in one node has repercussions all over the world. One out of every five container ships is now stranded at ports around the world, with China accounting for 30% of the backlog.

However, the full impact of China’s Covid policy will not be felt for several months. Until recently, the vast majority of container ships were bound for Shanghai, the world’s busiest port. However, if the lockdown is not lifted within the next few weeks, Shanghai will be excluded, with many sailings cancelled, and the impact on supply chains will be severe, affecting even your neighborhood’s day-to-day necessities.

Even if the draconian lockdown in Shanghai is lifted soon, US ports will see a massive influx of cargo from newly opened Chinese factories. This will raise freight rates and exacerbate congestion at ports around the world. As things stand, it will take months for supply chains to return to normal, with major disruptions to US ports expected in the near future.

As the situation in Ukraine and China worsens, the world faces a severe wheat shortage as it tries to rebalance its daily food composition, with wheat accounting for 12% of daily calories. This is exacerbated by a scarcity of inorganic fertilizers, the primary exporter of which is Russia. Global leaders are perplexed, unable to devise a clear, let alone unified, course of action.

Wheat prices will only rise further unless Ukraine and Russia reach an agreement, threatening developing countries with additional food shortages. Add China’s disruption of supply chains and pursuit of zero-covid and it’s easy to see how we’re in for another difficult period.

Do we trust our leaders to take the necessary precautions to ensure an adequate food supply?

How will they obtain the necessary supplies in light of Russia’s export ban?

Where are they going to source their supplies? After all, planning a food supply chain that includes sowing and harvesting is not the same as buying billions of dollars in PPE from a factory. Simply put, you cannot throw money at this problem and expect it to disappear.

Is each government asking themselves these difficult questions?

These are just a few of those “tough” questions that officials should consider right now, before it gets too late.