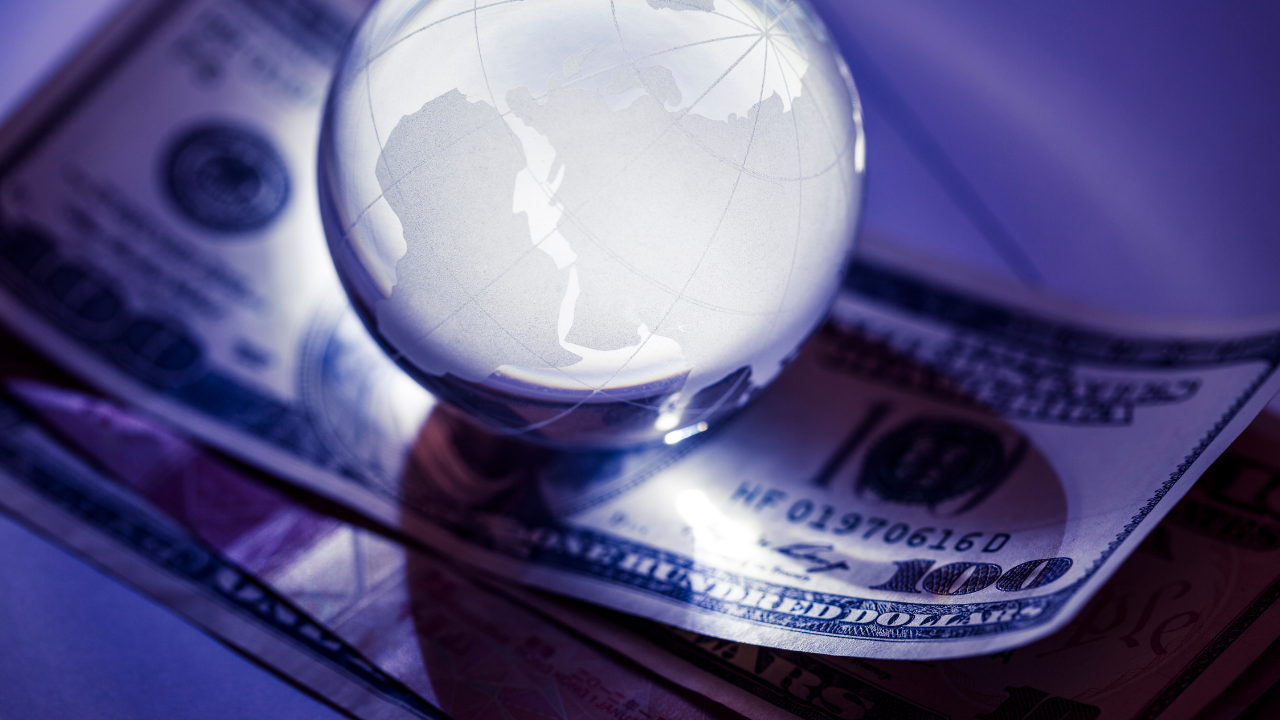 This year, remittances to low- and middle-income countries (LMICs) are expected to increase by 4.2 percent to $630 billion. According to the World Bank’s most current Migration and Development Brief, this follows an almost record rebound of 8.6 percent in 2021.

Remittances to Ukraine, Europe’s and Central Asia’s largest recipient, are expected to rise by more than 20% in 2022. Remittances to many Central Asian countries are likely to fall sharply, with Russia serving as the principal source. These reductions, combined with rising food, fertilizer, and oil prices, are projected to exacerbate food insecurity and poverty in many of these countries.

“Russia’s invasion of Ukraine has resulted in significant humanitarian, migration, and refugee crises, as well as risks to a global economy still reeling from the aftermath of the COVID pandemic,” said Michal Rutkowski, Global Director of the World Bank’s Social Protection and Jobs Global Practice. “Improving social protection programs to assist the most vulnerable, particularly Ukrainian and Central Asian families, as well as those affected by the economic consequences of the war, is a crucial priority for reducing food insecurity and rising poverty.”

In 2021, remittance inflows increased significantly in Latin America and the Caribbean (25.3 percent), Sub-Saharan Africa (14.1 percent), Europe and Central Asia (7.8 percent), the Middle East, and North Africa (7.6 percent), and South Asia. The majority of the time (69.9%) Remittances to East Asia and the Pacific fell by 3.3 percent, while those to China rose by 2.5 percent. Since 2015, remittances have been the primary source of external funds for LMICs other than China.

India, Mexico (which will replace China), China, the Philippines, and Egypt will be the top five recipient nations for remittances in 2021. Lebanon (54%), Tonga (44%), Tajikistan (34%), Kyrgyzstan (33%), and Samoa are among the economies having extremely high remittance inflows as a percentage of GDP (32 percent).

On the one hand, the Ukraine crisis has shifted global policy attention away from other growing economies and economic migration. On the other hand, it has  strengthened the case for assisting destination areas dealing with a large influx of migrants.” Dilip Ratha, the report’s primary author and CEO of KNOMAD, elaborated. “As the globe gathers for the International Migration Review Forum, the establishment of a Concessional Financing Facility for Migration to support destination communities should be given considerable consideration.” This institution may be able to provide financial help to origin communities experiencing return migration during the COVID-19 crisis.”

According to the Bank’s Remittances Prices Worldwide Database, the average cost of sending $200 globally in the fourth quarter of 2021 was 6%, more than double the SDG objective of 3%. The cheapest choice is to send money to South Asia (4.3 percent), while the most expensive one is to send money to Sub-Saharan Africa (7.8 percent).

Money transfers to Ukraine are costly (7.1 percent from the Czech Republic, 6.5 percent from Germany, 5.9 percent from Poland, and 5.2 percent from the USA). The global goodwill toward Ukrainian refugees and migrants presents an opportunity to develop and pilot programs to assist them in gaining access to jobs and social services in host countries and to use simplified anti-money laundering and counter-terrorist financing procedures for small remittance transactions to help reduce remittance costs, and to mobilize diaspora bond financing.

“A two-point reduction in remittance expenses might result in annual savings of $12 billion for international migrants from LMICs and $400 million for Ukrainian migrants and refugees,” Ratha stated. “However, cross-border payment systems are expected to become more multipolar and less interoperable, hindering progress toward reducing remittance pricing.”

To improve remittance statistics, the World Bank has organized an international working group.

The COVID-19 outbreak and the crisis in Ukraine have highlighted the significance of collecting data on a regular and timely basis. Under the auspices of KNOMAD and in partnership with countries where remittances provide a financial lifeline, the World Bank established an International Working Group to Improve Data on Remittance Flows in April. Improved remittance data can immediately aid in lower remittance costs and increased transfer volume. This will also help to satisfy the first goal of the Global Compact on Migration, which is to improve statistics.

Remittances by region: Trends and indicators

Remittances to East Asia and the Pacific declined 3.3 percent in 2019, following a 7.3 percent drop in 2020. In 2021, flows reached $133 billion, around the same as in 2017. Excluding China, remittances to the region increased by 2.5 percent in 2021. Remittances to the Philippines have increased as employment and salary in the United States, where many Filipino workers live, have improved. Remittance inflows, among other things, contribute significantly to GDP in Tonga, Samoa, the Marshall Islands, the Philippines, and Fiji. If China is omitted, remittance inflows are predicted to rise by 3.8 percent in 2022. The average cost of delivering $200 to the region fell to 5.9 percent in the fourth quarter of 2021, down from 6.9 percent the previous year.

In 2021, remittances to Europe and Central Asia increased 7.8 percent, reaching a new high of $74 billion. Higher energy prices and more economic activity in the European Union encouraged the expansion. Ukraine is expected to receive $18.2 billion in inflows in 2021, the vast majority of which would come from Poland, the top destination country for Ukrainian migrant workers. Personal transfers are a significant source of money and growth for Central Asian countries, with Russia being the most generous supplier. In 2021, remittance receipts in Tajikistan and the Kyrgyz Republic were 34% and 33% of GDP, respectively. Because of the severity of the crisis in Ukraine and Russian restrictions on outbound transfers, near-term projections for remittances to the region, which are expected to fall by 1.6 percent in 2022, are highly speculative. Remittances to Ukraine, on the other hand, are predicted to climb by more than 20% in 2022. In the fourth quarter of 2021, the average cost of delivering $200 to the region fell from 6.4 percent last year to 6.1 percent.

Remittances to Latin America and the Caribbean increased by 25.3 percent from 2020 to $131 billion in 2021, owing to the strong job recovery for foreign-born workers in the United States. Guatemala (35 percent), Ecuador (31%), Honduras (29%), Mexico (25%), El Salvador (26%), Dominican Republic (26%), Colombia (24%), Haiti (21%), and Nicaragua were among the countries with double-digit growth rates (16 percent). Cash from Honduras, El Salvador, Guatemala, Haiti, Venezuela, Cuba, and other nations has been recorded as entering Mexico in transit. Many countries rely heavily on remittances for hard currency, including El Salvador, Honduras, Jamaica, and Haiti. Even though remittances are predicted to increase 9.1 percent in 2022, there are still fears about the negative. The average cost of shipping $200 to the region remained 5.6 percent in the fourth quarter of 2021, nearly unchanged from the previous year.

Remittances to the Middle East and North Africa grew 7.6 percent in 2021 to $61 billion, led by Morocco (40 percent) and Egypt (6.4 percent). Economic growth in EU host countries, combined with transit migration, increased inflows to temporary host countries such as Egypt, Morocco, and Tunisia. In 2022, remittances are predicted to rise by 6%. Historically, remittances have been the most important source of external resource flows for developing MENA, accounting for 61 percent of total inflows in 2021, surpassing ODA, FDI, and portfolio stock and loan flows. In the fourth quarter of 2021, the cost of delivering $200 to MENA fell from 6.6 percent to 6.4 percent.

In 2021, remittances to South Asia are predicted to rise 6.9 percent to $157 billion. Although many South Asian migrants fled their homes when the pandemic struck in early 2020, vaccine availability and the opening of Gulf Cooperation Council countries allowed for a gradual return to host countries in 2021, allowing for larger remittance flows. Better US economic performance contributed significantly to growth in 2021. Remittances to and from India climbed by 8% and 20%, respectively. In 2022, remittance inflows are expected to grow at a 4.4 percent annual rate. Remittances are the most important source of foreign currency in the region, accounting for more than three times the amount of FDI in 2021. South Asia has the world’s lowest average remittance cost, at 4.3 percent, however, it is still more than the SDG objective of 3 percent.

After declining 8.1 percent the previous year, remittances to Sub-Saharan Africa surged 14.1 percent to $49 billion in 2021. Strong economic activity in Europe and the United States boosted the surge in remittances. Inflows to Nigeria, the region’s largest receiving country, climbed by 11.2 percent, owing in part to restrictions aimed at directing inflows through the banking system. Cabo Verde (23.3%), Gambia (31%), and Kenya are among the countries seeing double-digit growth (20.1 percent). The Gambia (27 percent), Lesotho (23 percent), Comoros (19 percent), and Cabo Verde are among the countries having substantial remittance inflows as a percentage of GDP (16 percent). Remittance inflows are forecast to rise by 7.1 percent in 2022, owing to a continuous shift to formal channels in Nigeria and rising food prices – migrants are likely to transfer more money to home countries, which are now experiencing substantial spikes in commodity prices. The cost of delivering $200 to the region averaged 7.8 percent in the fourth quarter of 2021, a slight decrease from 8.2 percent the previous year.