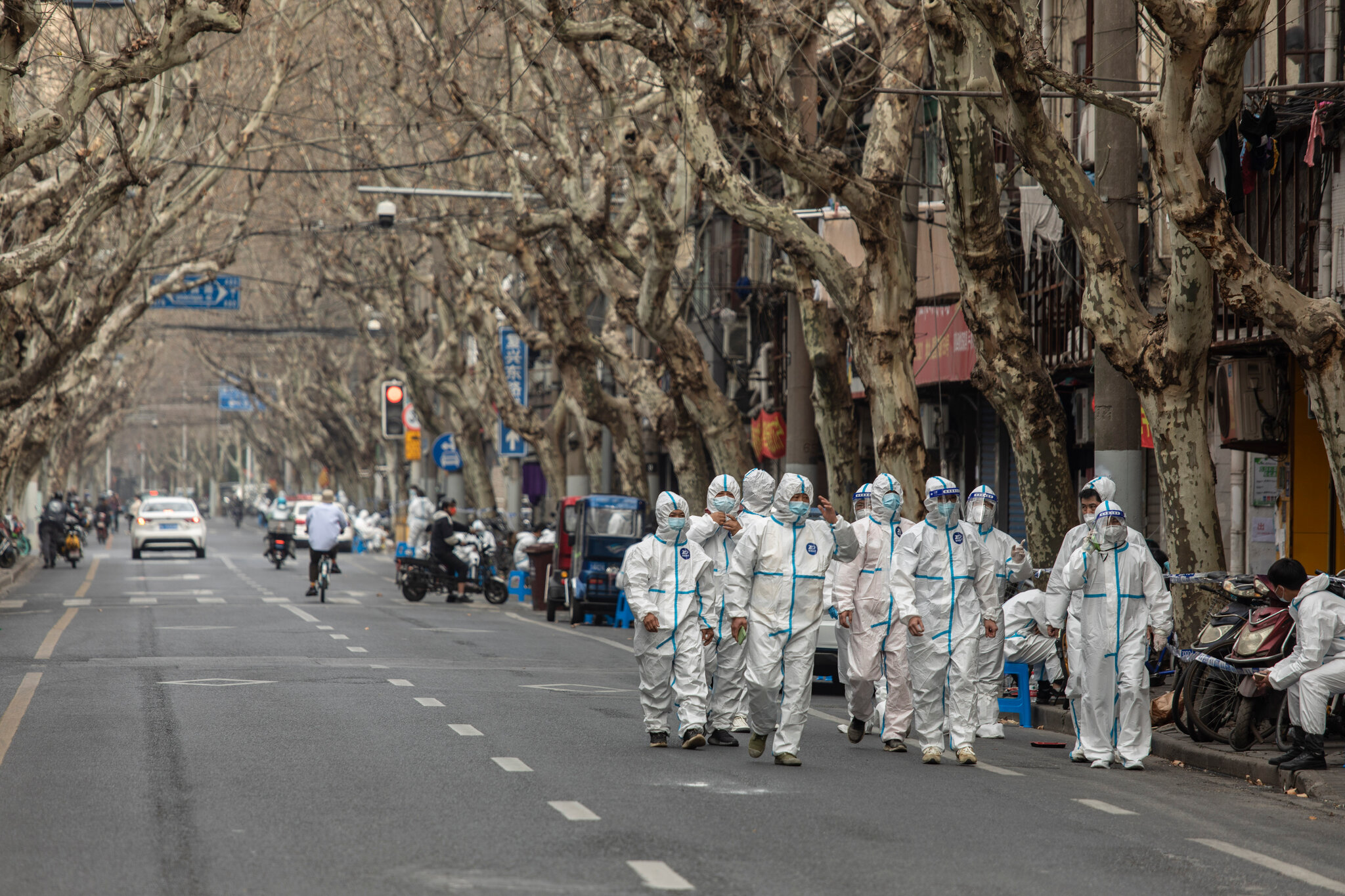 COVID-19 infection rates keep spiking in the world’s largest cities, so it’s natural to feel concerned. Shanghai, one of the world’s major industrial cities, is experiencing a resurgence of Covid-19 among its residents, and the Chinese government appears to be desperately trying to stop it before it gets further out of control. But I fear it might be too late.

Before we begin to assess the present, let’s take a look at how the outbreak of the virus in the city of Shanghai eventually reached a tipping point, a city that is home to about 26 million people, and how the Chinese authorities are trying to control the most severe outbreak in the Asian nation since the initial lockdown in Wuhan at the start of 2020.

How Did It All Begin?

Almost a month has passed since the global financial hub was afflicted with a new outbreak. There were not as many cases initially as in other parts of China or by some international standards. It was only after a month of less disruptive measures that had failed to stop Omicron’s fast and stealthy spread which forced authorities in China to issue a lockdown in Shanghai.

To prevent destabilizing the economy, authorities resisted imposing lockdowns in the city. However, since late March, Shanghai accounts for more daily cases than in the early days of the pandemic. Authorities had to rethink their strategy and change tactics. The scope of testing had been widened and residential buildings were targeted.

Shanghai’s residents were faced with grim news at the beginning of the previous month when flights were diverted away from the city and it was placed on partial lockdown. With schools closing, students were back at home, so they had to rely on remote learning. Shanghai is one of the world’s busiest ports, so the sudden suspension of ship departures sounded the alarm that a crisis was brewing.

Public transportation and operations in factories and firms throughout the city were suspended. On its WeChat account, the city government asked the public to support, understand, and cooperate with the effort to prevent epidemics. Covid cases jumped to 4,447 on the first day of lockdown in the city.

Shanghai is China’s commercial capital and has a high population density, making it subject to strict measures as a result. The region is now one of China’s worst-hit, as Omicron is leading to a spike in new cases due to the resurgence of the virus.

What Caused The Rise In Infection Rates?

Like most of the country, Shanghai too fell prey to the outbreak of BA2 Covid-19 surges. BA2 is recognized as a more contagious subvariant of Omicron. The city was shut down in two phases, as part of China’s “zero-Covid” policy, with stringent measures in place to prevent a massive market shock. Nevertheless markets are invariably feeling the suspension of the financial capital of China.

Omicron outbreaks in other countries have shown the variant to be less life-threatening than its predecessors, but we still don’t have the data to know what the degree of severity BA.2 or its subvariants will have with regards to transmissibility, virulence and immune escape; although the level of symptomatic infection overseas was much “higher” than what is being currently reported in China. Shanghai has recorded a large number of citizens experiencing asymptomatic cases.

There were a record number of transmitted cases in the community detected on the first day alone in the financial hub, though only ~2% of them displayed symptoms. This is quite a low number but reflects the aggressive testing China is doing.

Throughout Shanghai’s locked-down districts, there were over 8 million tests conducted at more than 60,000 test stations. Despite nearly two years of intense containment, China’s reaction to the new variant was uncompromising. This was due partly to uncertainty regarding immunity from the virus and the level of resistance among the population.

Nucleic acid testing is being conducted in large numbers to help the city regain its dynamic zero-COVID state. Over 10,000 medical personnel has been urgently flown and shuttled into Shanghai to assist with mass nucleic acid testing and medical care, while makeshift hospitals are being set up to ease the burden this outbreak has brought upon.

The Current COVID Situation In Shanghai

Since the latest upsurge in infection rates has resulted in humongous constraints on health care professionals and public medical facilities, frustrations have been mounting throughout the city. Several health centers, gyms, residential buildings and blocks, and other places have been designated as quarantine grounds.

To give you a sense of how Shanghai compares to the rest of the country. Shanghai, today reported 19,982 new Coronavirus cases, which is far and away from the largest one-day spike in the city’s history. China, on the other hand, reported 22,995 new coronavirus cases — the largest increase ever for a single day. Currently, Shanghai accounts for 87% of newly diagnosed cases in the country.

A public outcry has been reported over the separation of parents and their children in hospitals and residential areas. For the moment, China continues to implement its zero-Covid policy despite challenges. However, China has further extended the lockdowns in Shanghai for an unknown period of time.

As part of the “dynamic-clearance” policy, Chinese President Xi Jinping called to reduce the momentum of the pandemic as quickly as possible. In his recent visit to Shanghai, Vice-Premier Sun Chunlan urged rapid and resolute actions to curb the epidemic.

It has been the Chinese government’s most comprehensive public health-related response yet, ever since it took on the first Covid-19 flare-up in the city of Wuhan, where the virus first emerged more than two years ago. Health experts predict China will stick with the hard-line policy for some time despite it becoming increasingly difficult to enforce.

Shanghai is also suffering from a food shortage. The city has been hit by shortages as a result of its COVID-19 lockdown, which has oversubscribed delivery services. The U.S. Marines only had vacuum-sealed rations left. The U.S. Consulate had even used WeChat to get help. “Marines have depleted their food and can no longer get delivery, I know we are all running short on supplies, if you can spare a meal’s worth or two for seven extra mouths, they’d be very appreciative,” they wrote on WeChat.

The government’s approach to combating this outbreak and crisis, still appears unstable on what they might appear to do next. A Covid-lockdown approach has always been branded a temporary measure as the government waits for better solutions that are currently unavailable. However, lockdown is not equal to zero covid, which is based on multiple layers of mitigation involving not just vaccine boosters and testing, but also premium N95/KN95 masks and ventilation and air disinfection. Thus, China could possibly back away from strict lockdown to a non-lockdown multilayered Zero Covid approach — time will tell what is next.

But as China grapples with fighting it Omicron wave, it has to also take into consideration certain realities:

Moreover, Chinese health officials also discovered two new Omicron subvariants, one derived from BA.1 and the other from BA.2, that do not match any existing sequences in Chinese or international databases. Each subvariant was discovered in only one person, and it’s unclear whether the cases are isolated occurrences or more significant findings.

As far as Shanghai is concerned, #CovidIsNotOver anytime soon as they have placed ALL 26 million of its residents under lockdown back today, the country’s single-largest city-wide imposition of the restrictions since the pandemic began, as health authorities finally admit the difficulty in containing the fast-spreading Omicron variant and subvariants.

Dr. Eric Feigl-Ding is an epidemiologist and health economist, Chief of COVID Risk Task Force at the New England Complex Systems Institute, co-founder of the World Health Network, and the Chief Health Economist for Microclinic International. He is also an advisor and COVID-19 expert committee member for the World Health Organization.

He was formerly Senior Fellow at the Federation of American Scientists, a faculty member and researcher at Harvard Medical School and Harvard Chan School of Public Health between 2004-2020, and an epidemiologist at the Brigham and Women’s Hospital.